This evening, I logged on to do some Embase screening:

Saturday Night at the @embase , don’t care which trials I screen. pic.twitter.com/zn35bHdTYX

Noting that there were a mere 100 records to screen, I worked away for a while, until: 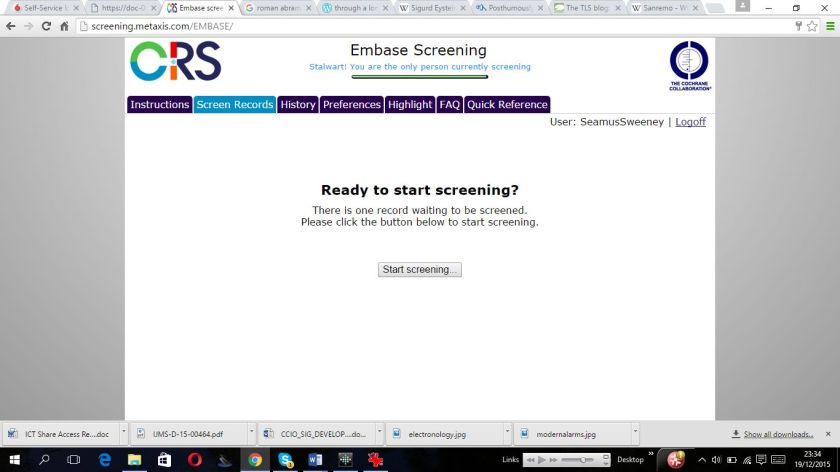 .@embase “There is one record waiting to be screened.” What will happen next? #victoryscreen pic.twitter.com/8oYwH4gyoT

With bated breath I screen the one remaining record (naturally enough, a Reject verdict), and after a bit of deliberation clicked on “Save and Exit”, to discover that :

.@embase At last someone can truthfully say, “no further research is needed.” ALL YOUR RCTS ARE BELONG TO US. #VEday pic.twitter.com/GBP8W5il6S

Of course, I know that a gigantic batch of records will no doubt be delivered to Embase for screening, if it hasn’t already (and I am probably misunderstanding something even more basic) but, for the moment, there is a pleasing sensation of having reached the ultimate extreme of human knowledge (only mild hyperbole here!)