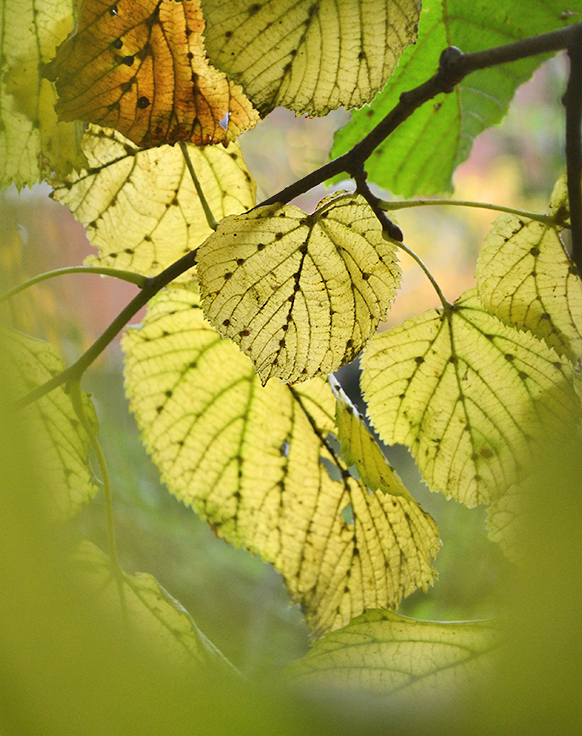 There’s been a flurry of attention on forest bathing recently. Originating in Japan, it is the practice of taking a trip into the forest for well-being benefits. Last year we completed a meta-analysis of 11 Japanese research studies into forest bathing, it was published open access in Evolutionary Psychological Science. The paper considered the results in the context of a ‘3 Circles’ model of emotional regulation that helps reveal why immersing oneself in the woods is good for health.

A colleague at Derby, Prof Paul Gilbert OBE, has shown that that both our evolution, and research evidence, can be represented by three dimensions of our emotion regulation system. A simple way to do this is to represent these systems with 3 circles – handily represented here (in original blog post – Ed.) by a falcon, ash tree and wild boar warning! We can experience threat (the boar), drive (the falcon) and contentment (the tree). So, in more detail:

Each dimension brings different feelings (such as anxiety, joy, and calm), motivations (avoid, pursue and rest) – releasing various hormones in the body. For wellbeing we need a balance between the three dimensions – happiness and satisfaction comes through balancing threat, drive and contentment. For example, when our threat response is overactive, an unbalance caused by being constantly driven for example, our positive emotions are reduced and we can become anxious or depressed.

Returning to the forest bathing research, we focussed on those studies that measured heart-rate variability – an indicator of activity in the branches of the nervous system that controls the heart. Although these studies found differences in the responses to urban and forest environments they didn’t consider them in the context of emotional regulation – how nature links to emotion, physiology and well-being. Nor did they have compelling explanations for some variety in the results.

As ever the story is a little more complex. Some people weren’t soothed by the woodland, others were stimulated by it. Again, the 3 circles can help explain this. Some people could experience threat in the woodland, feeling anxious about what lies in the undergrowth – is that a boar rustling? This would cause a spike in sympathetic nervous system activity. Those more in tune with nature could feel joy (rather than calm) at being asked to spend time in the woods – at any time an exciting falcon may fly past! Such joy would also raise activity in the sympathetic nervous system.

Some prior posts here on forest bathing:

A walk in the woods – the rise of “forest bathing”

Once again I am reblogging an interesting post by psychologist Miles Richardson on connection with nature and well being.

Particularly interesting is the research finding that factual knowledge does not necessarily correlate with emotional connection with nature. As Richardson writes, “the brain feels before it thinks”, and by focusing too much on how well species can be identified, we can miss the potential of emotional, experiential connection.

Owing to the benefits to both human and nature’s well-being, and wide spread disconnection, a connection with nature is something many people and organisations are keen to increase. So there is a need to know how best to do this. We’ve already developed specific interventions, such as 3 good things in nature, but our wider framework of effective routes to nature connection has just been published in Plos One. I’m excited about this work is it provides guidance for those seeking to re-connect people with nature, indeed it has been central to much of our recent nature connections work, for example, guiding the type of activities promoted as part of The Wildlife Trusts highly successful 30 Days Wild campaign. 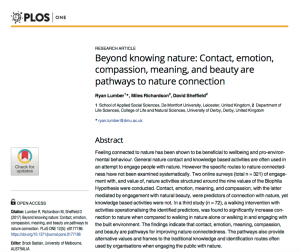 General nature contact and knowledge based activities are often used in an attempt to engage people with nature. However the specific routes to nature connectedness have not been examined…